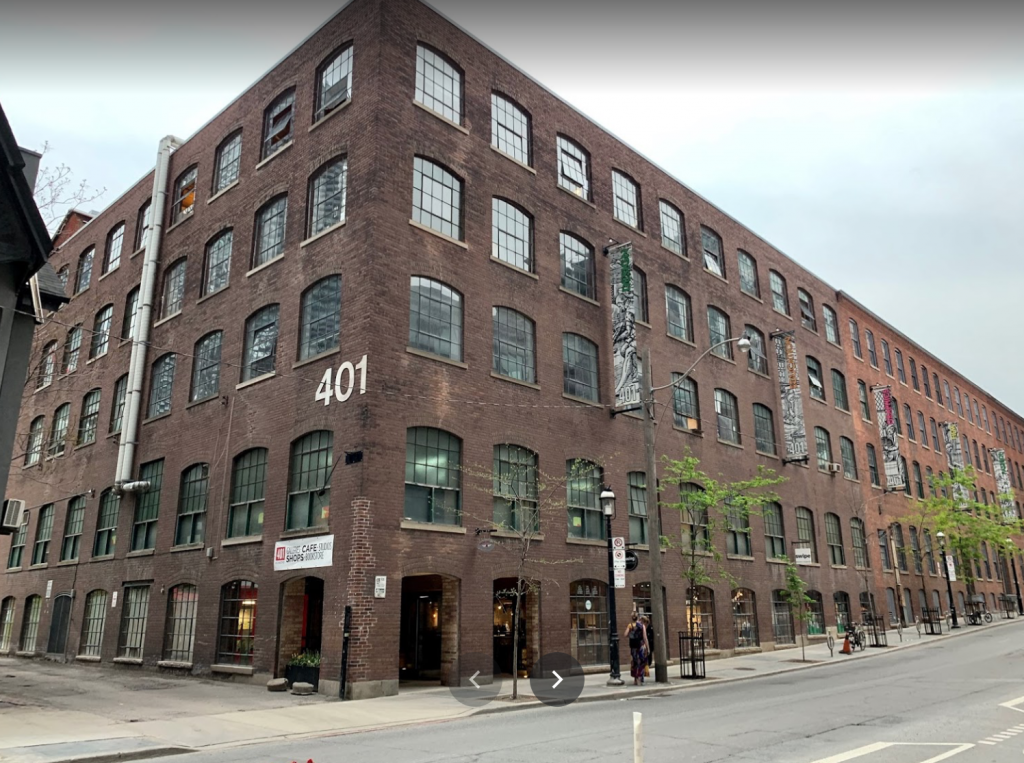 Best Film of the Festival Finalists

In This Land We're Briefly Ghosts by Chen-Wen Lo
There is the Moon, and You by Nick Zhang
Lillian by Molly Vernon
September by Konstantin Rall and Zeehyun Soh
The Cocaine Famine by Sam McMullen
PKD9000 by Brandon Boudreaux
Promise Me by Kevin Machate
The Cure by Robert Short
In the Hut of Mr. Van Den Brink by Björn Renner
Venture Anime by 翔 秋山
In Pieces by Guillaume Tordjman
Brooklyn Park by Nikola Duravcevic

BEST QUARANTINE FILM: The Easter Egg Hunt by James Longley and Paul Longley
1st RUNNER UP: Death in the Time of Quarantine by Logan Fry
2nd RUNNER UP: Block Watch by Theresa Labreglio
3rd RUNNER UP: The Close Call by Nick Harriott, Nick Spellicy and Ryan Stubbs
Contaminated by Brian Klewin
A Flea in a Jar by Vicky Carr
Cupcake by Scott Cullen
My Big Happy Family by Hanna Peresztegi
Love in the Time of Corona-Virus by Kristine Veta and Christina O'Sullivan
Memento or Bust by Arnold Aldridge and Andrea Martina
The Masque of the Red Death by Deb Ethier
So Say All Of Us by Colin Peppard
Going Out in Style by David Dinetz and Dylan Trussell
A Few Feet Away by Matthew Taylor
The Perfect "Quarantine Look" by Caitlyn Phu
Quarantine Chorus by Edoardo Sartori
The Quarantine Files: Day 40 by Ryan J. Gilmer
The Hospital Bed by Mike Messier
Alone Apart by Arek Zasowski
My Flatmate Jonas by Yannik Wiedwald

Best Animation
Something by Colin Pierce
Mysterious Barricades by Deb Ethier
Self Portrait / Self Quarantine by Matthew Cassani
All The World Is A Stage by Hannes Rall
Fly - Jane La Onda by Jak Ritger and K8 Howl
Toiletpaperman by Gary Ye
The Snake Pit - Episode 1: "Tesla's AC Induction Motor" by Brett Jubinville
Condolences from the Vulgar Tongue or (Boner) by Christina Fidler

Best Drama
How to Live in a Pandemic? or Somewhat Social Distance by Erik Hamilton
Family Secret Of Stock Footage Son by William Stancik
The Great President by Giovanni Basso
After the Beep by Florian Bison
I Am Grieving by Zoe Mahfouz
Panic: A Quarantine Story by Kimberly Northcote
American Licorice Prelude by William Stancik
Headline by Taahanafees Quadri
The Canvas by Andrew Griñé

Best Thriller
Where Are You Going, Where Have You Been by Kimberly Tudó Sánchez
The Closet by Nathan Wright
A Very Special Christmas Gift by Kimberly B. Flores
The Cure by Daniel G. Roberts
Spoon by Victor Velasco
Sleep Talk by Michael Davis
The Last Rite by Matthew Ewald

Best Cinematography
Italy & (This is) Water by Ioan Gavriel and Anja Franziska Plaschg
Freeze by Taras Kutsenko
04_EMIL_CASTING.mp4 by Lili Zahavi
Cold Storage by Thomas Freundlich
Someone Good Will Find You by Leelila Strogov
Safiyyah by Mattis Ohana Goksøyr

Best Drama
Love Story 2020 - Taste of Love by Shihyun Wang
The German King by Adetokumboh M'Cormack
I Am Mackenzie by Artemis Anastasiadou
A Romantic Interlude by Kevin Powers
A Fish in a Punch Bowl by Tanja Hurrle
What We Become by Stephen P. Davis
Backwards by Andree Harris
Match by Martin Geisler

Best Cinematography
O.I. by N'cee van Heerden
Birds with No Legs by Pavlos Stamatis
Far From the Castle by Julia Jansch
Inside by Tiago Pimentel
Year by Małgorzata Bosek-Serafinska
Inslide by Chickenchris and Alexis Blithikiotis
Stumbling Stones by Reza Sam Mosadegh

Best Documentary
Elsewhere by Adrian Figueroa
The Book of Sabeth by Florian Kogler
Fram by Thomas Freundlich and Valtteri Raekallio
Since We Are Here by Mercedes Azpilicueta, Jacco van Uden and Céline Berger
When You Grow Up by Max Baggermann

Best Cast
Talent by Andrew Huggins
In Place of My Thumb by Joseph Lawson
The Story Of Randolph by Tony Jackson, Victoria VA Jones and Monica Jackson
Booth by William Stancik

Best Documentary
An Impossible Task by Till Brinkmann
I Dream of a Foreign World by Lorenz Christian Köhler and Benjamin Raeder
How I Live by Meghan Shea
Nostradamus on Plague - Warned, Ignored and Fulfilled by Shihyun Wang 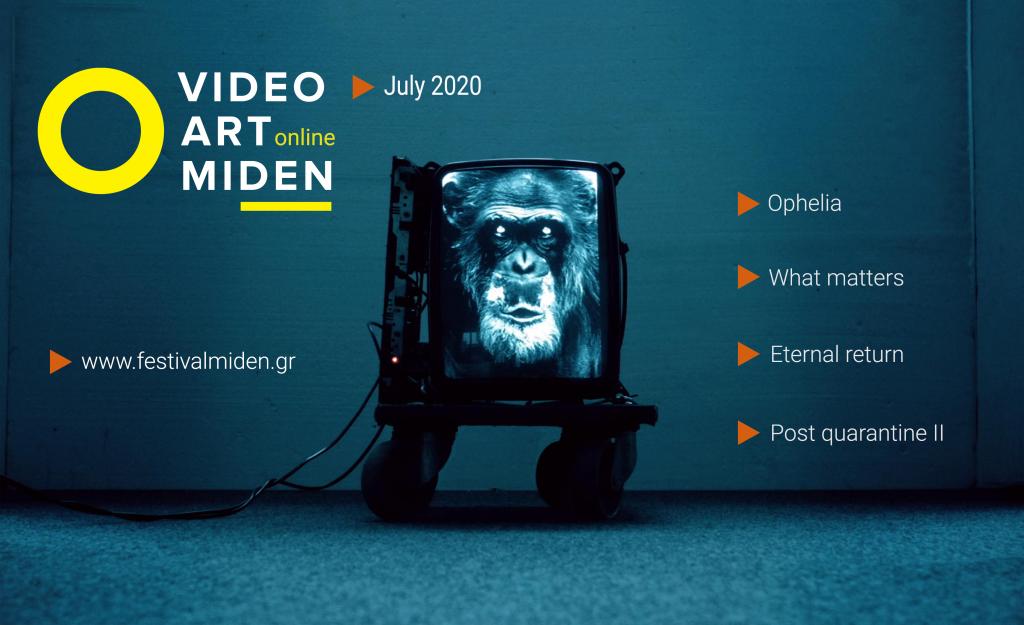 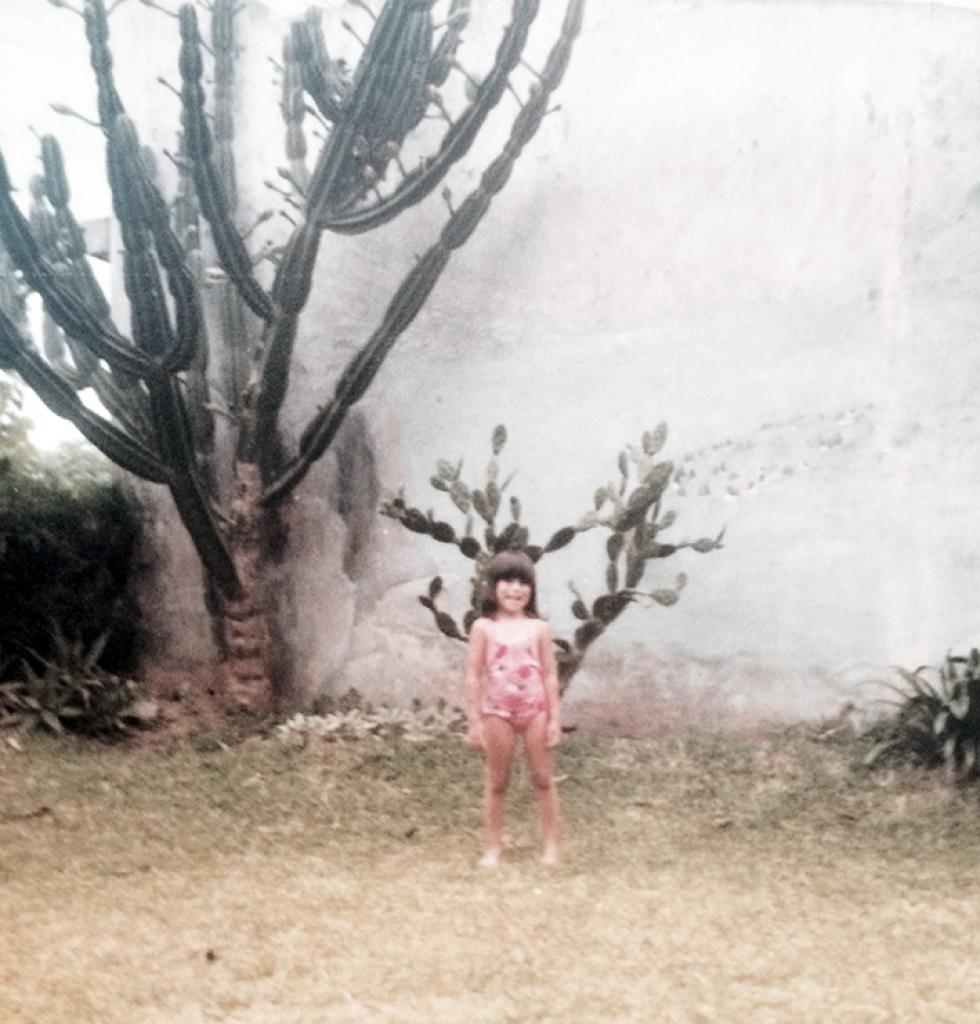 July would normally be the month that the biennial festival of Video Art Miden would take place in open public spaces in Kalamata, Greece. Due to the recent implications with the coronavirus measures globally, the festival in physical spaces has been postponed, but Video Art Miden team started, already since April, during the strict quarantine in Greece, to present curated video art programs online on a monthly basis on Miden's youtube channel, continuing at the same time its collaborations with other organizations in Greece and abroad. The online screenings will continue over the next months, as, even if they were initiated due to a disturbing and unpleasant reason, they soon developed into a global meeting point between artists and the public and gave the opportunity to more art lovers in every corner of the globe to enjoy the work of well-known and young video artists from all around the world who participate in Miden's screenings.

Ophelia // Curated by Nikos Podias & Gioula Papadopoulou
What could be so powerful as to cause us lose touch with reality? How harmful can love be? Ophelia loves Hamlet, she learned to love him! She wishes to save him, to pull him back to life, to share his heavy burden. She is trapped in the unfulfilled, the impossible, between what she wants and what is to happen. What is to happen does not leave her much space. She experiences loss, despair and the ultimate pain. She is lost. An accident or a choice. Her ending seems sacred, reminiscent of a ceremony. In the water, where life begins. Among the beautiful, fragile, ephemeral flowers...
Participant artists: Iwona Ogrodzka, Nuno Veiga, Tania Bohuslavska, Gianluca Capozzi, Anna Cecilia Seaward, CINTAADHESIVA (Jesus Andres & Silvia Penas), Tessa Ojala, Bene Malen, Isabel Perez del Pulgar, Tseng Yu Chin

Also, during July Video Art Miden will be hosted for the first time at Dance Days Chania (dancedays.gr), an international festival on contemporary dance based in Chania, Crete. The 10th Dance Days Chania will be held 15- 28 of July 2020. In the video dance section, curated by Aliki Chiotaki, Video Art Miden will present the selection “Dancing for a reason”, curated by Margarita Stavraki, on July 28, 2020.
Why does an artist use dance on screen as a mean of artistic expression? Is the story that he wants to tell us more expressive through movement? Is it the rhythm and the image of the moving bodies that activates him? Or is it the dance itself that tries to put it on the screen frame and see it as a spectator?
Participant artists: Αnastasia Diga, Barbara Brugola, Daphna Mero, Marta Arjona & Alexia Pascual, Louise Coetzer & Oscar O’Ryan

Video Art Miden is an independent organization for the exploration and promotion of video art. Founded by an independent group of Greek artists in 2005, it has been one of the earliest specialized video-art festivals in Greece, setting as basic aims to stimulate the creation of original video art, to help spread it and develop relevant research.
Through collaborations and exchanges with major international festivals and organizations, it has been recognized as one of the most successful and interesting video art platforms internationally and as an important cultural exchange point for Greek and international video art. Miden screening programs have traveled in many cities of Greece and all over the world, and they are hosted by significant festivals, museums and institutions globally. 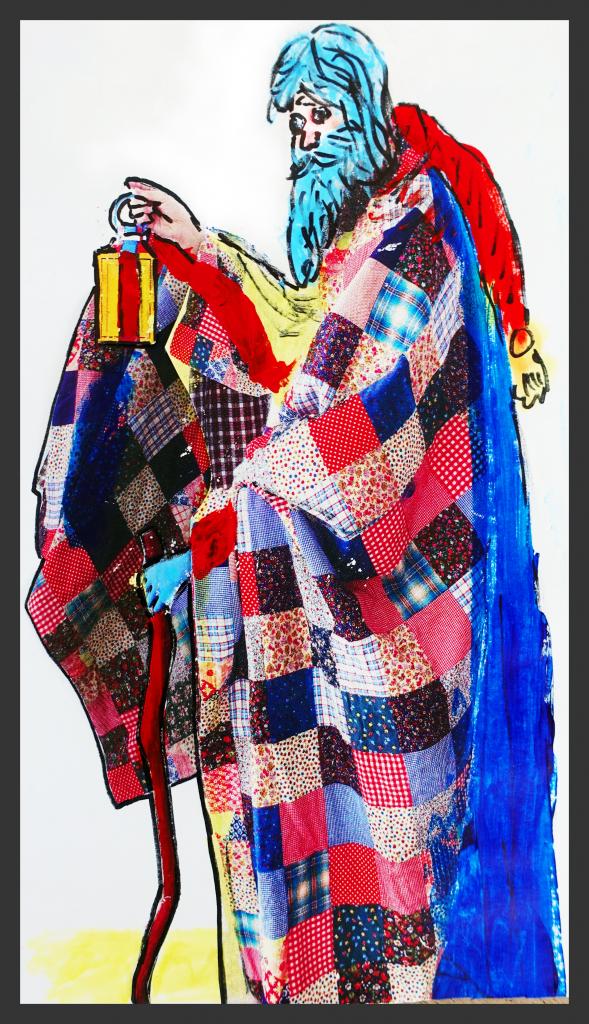 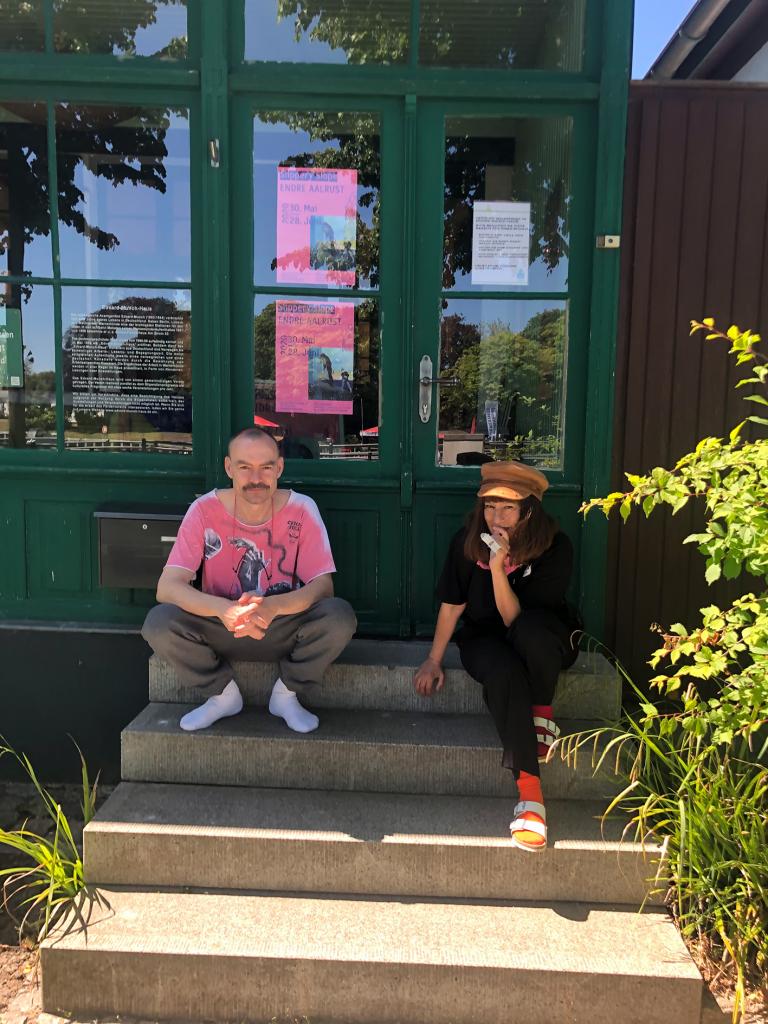 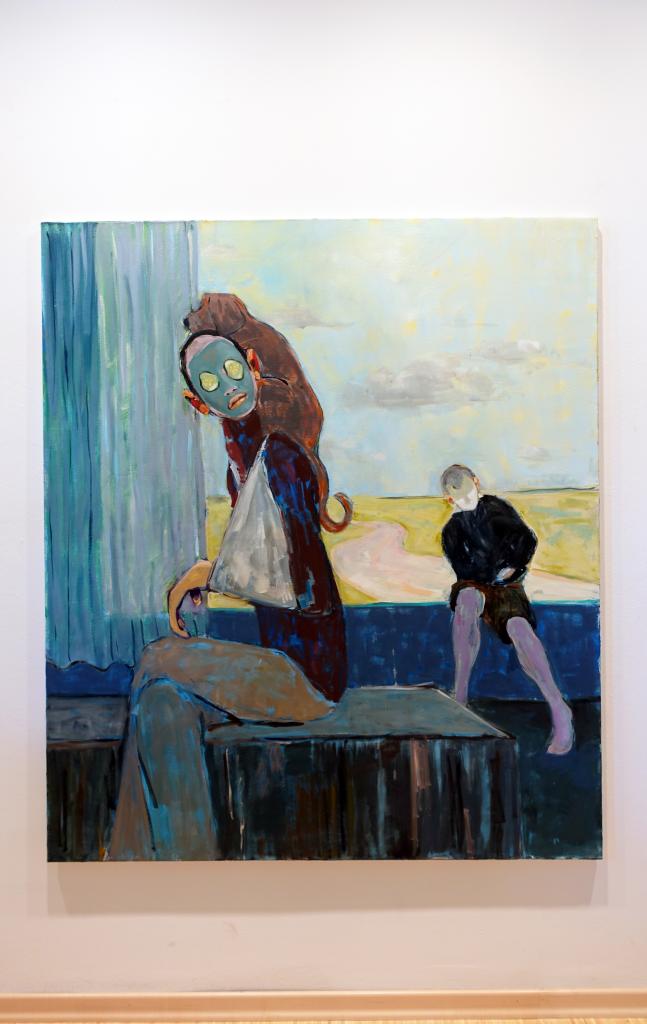 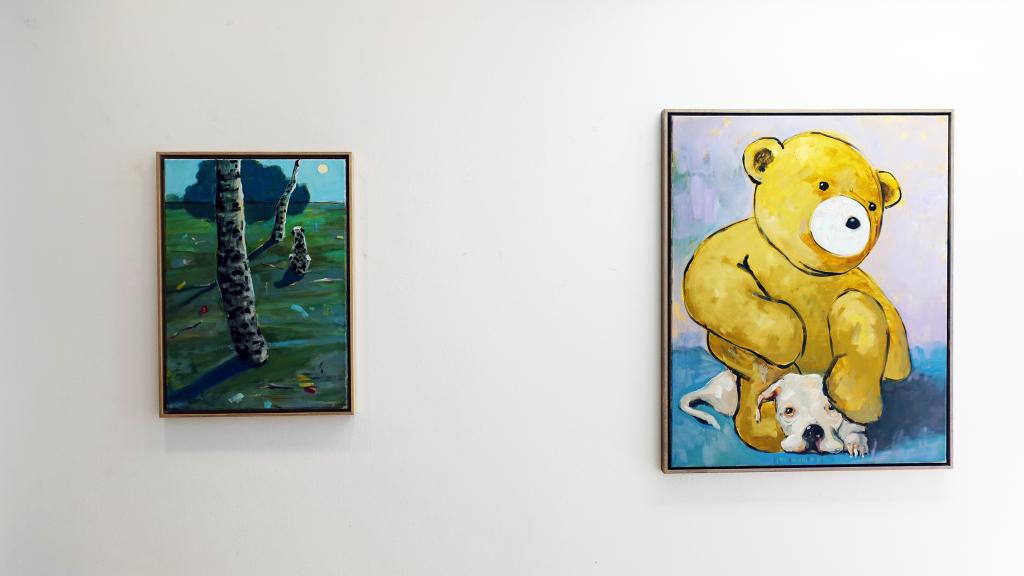 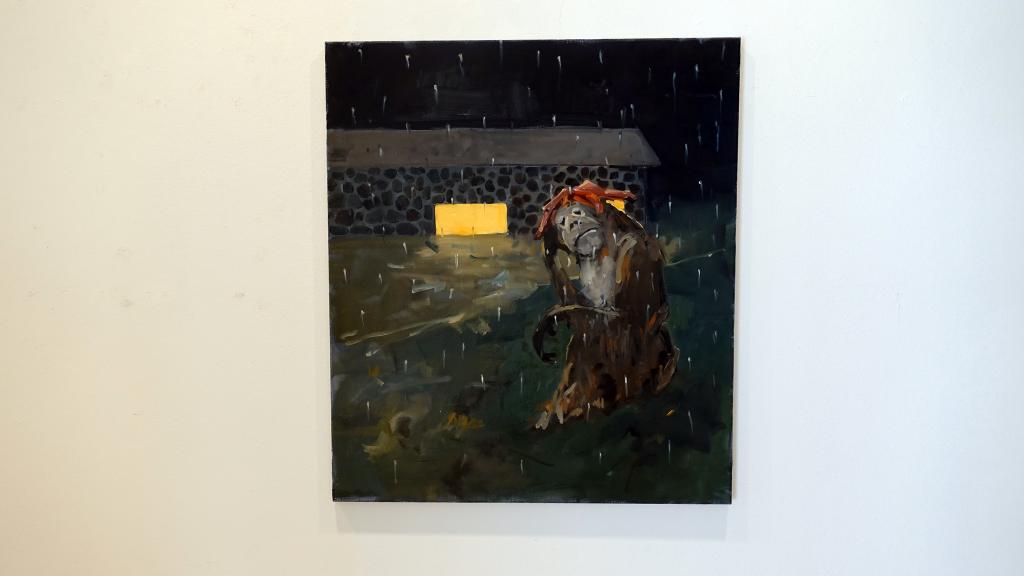